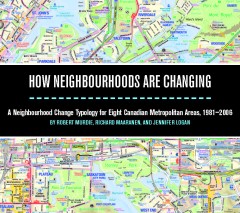 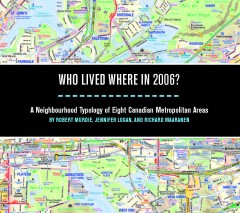 Robert Murdie is a member of the research team of the Neighbourhood Change Research Partnership. He is Professor Emeritus of Geography at York University. His primary research interests include the changing social geography of Canadian cities and the housing experiences of recent immigrants, especially in Toronto.

Richard Maaranen is a Research Associate and Data Analyst with the Neighbourhood Change Research Partnership. He completed his master’s degree in Spatial Analysis in 2001, a unique joint program between the University of Toronto and Ryerson University. He has provided geographic data analysis and cartography support on a wide range of research topics such as gentrification, income inequality, and immigrant settlement patterns in Canada’s largest cities.

Jennifer Logan completed her master’s degree in Geography at York University in 2010. She was a research assistant with the Neighbourhood Change Research Partnership from December 2012 to June 2013. Until her untimely death in January 2015 she maintained an interest in the settlement experiences of new immigrants, their evaluation of “home,” and the role of housing in immigrant integration. Jennifer was a valued member of the Neighbourhood Change team and contributed substantially to various publications of the project.

The research and its publication is funded by a multi-year grant from the Social Sciences and Humanities Research Council of Canada. The research initiative, titled Neighbourhood Inequality, Diversity and Change: Trends, Processes, Consequences and Policy Options for Canada’s Large Metropolitan Areas, is based at the Factor-Inwentash Faculty of Social Work, University of Toronto (J David Hulchanski, Principal Investigator).

The Neighbourhood Change Research Partnership is examining inequality, diversity, and change at the neighbourhood level in urban Canada with a focus on better understanding the connection between inequality and socio-spatial exclusion. As a key part of the research agenda, we seek to identify similarities and differences among major metropolitan areas.